Portsmouth Regional Hospital is the only facility on the Seacoast to offer treatment with the Iliac Branched Endoprosethesis (IBE), an endograft that treats patients with aortic and iliac aneurysms in a minimally invasive way. Vascular Surgeon Syed Peeran, MD performed this endovascular surgery on September 27, 2016 in the Cardiovascular Operating Room at Portsmouth Regional Hospital.

“According to the W.L. GORE Company, Portsmouth Regional Hospital is the first medical center in the Seacoast region to use the IBE, and many large Boston medical centers have yet to use this technology. This extraordinary endograft just received FDA approval in March of 2016 and I learned how to perform this advanced endovascular surgery at the Mayo Clinic, under Dr. Gustavo Oderich, during its clinical trial period,” stated Dr. Peeran. Dr. Peeran is part of the team of vascular surgeons at Coastal Cardiothoracic and Vascular Surgery in Portsmouth, NH. 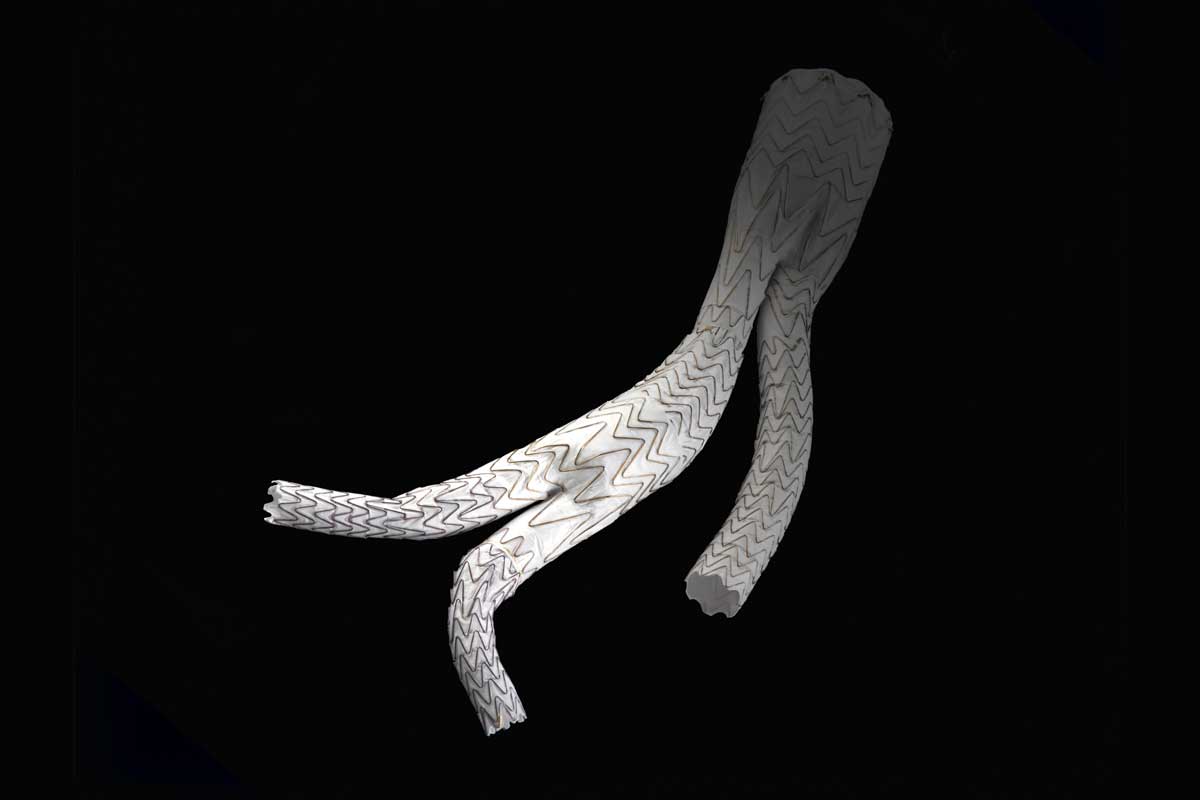 “Historically, options to preserve flow to the internal iliac arteries during endovascular aneurysm repair were very limited despite the involvement of the iliac arteries in about 25 percent of AAA cases. However, through our research and the subsequent FDA approval, physicians now have a new therapeutic option to preserve pelvic perfusion in order to improve clinical outcomes and maintain patient quality of life,” stated Darren Schneider, MD, Chief of Vascular and Endovascular Surgery and Associate Professor of Surgery at Weill Cornell Medicine in New York, NY and principal investigator for the Gore Excluder Iliac Branch Device Clinical Study.

Portsmouth Regional Hospital added advanced endovascular treatment of iliac aneurysmal disease with the IBE to its vascular services just this past summer. Dover resident Gerald Zwicker received the Seacoast’s first IBE endograft on September 27, 2016. He is recovering well after being discharged 40 hours after his operation.
“I feel great and don’t have any problems. I’ve been walking around and doing my normal routine,” stated Gerald Zwicker at his follow-up appointment.

The postoperative recovery is significantly shorter than that of a traditional open operation, but the risk factors that contributed to the initial aneurism development may contribute to other aneurisms and other health challenges. In fact, Gerald Zwicker had a large femoral artery aneurism that was also repaired by Dr. Peeran.

“There are alternative treatments for the elderly and/or medically complicated patients with aneurysmal disease, other than traditional open surgery,” stated Dr. Peeran.

Minimally invasive endovascular repairs, associated with shorter hospital stays and earlier recovery, are part of the vascular care offered at Portsmouth Regional Hospital. Ongoing monitoring is recommended and is typically a part of the continuum of vascular care at the hospital, as well.