What you need to know about breast cancer surgical choices 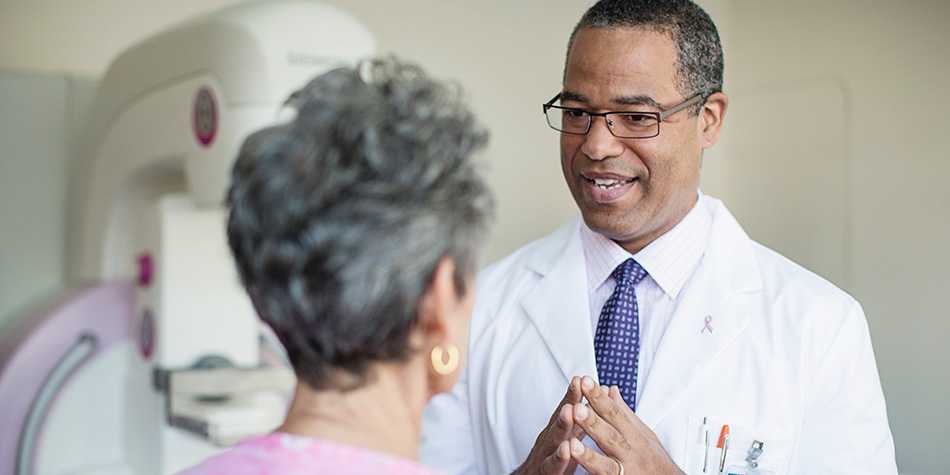 When diagnosed with breast cancer, one of the first topics you, your family and your care team will discuss is your treatment options. For many patients, surgery is the first treatment, followed by chemotherapy or radiation.

The main goals of surgery for breast cancer patients are to:

The two types of breast cancer surgery to remove the cancer altogether are breast-conserving surgery and a mastectomy.

Breast-conserving surgery, also known as a lumpectomy, is where only the part of the breast containing the tumor is removed. Its goal is to remove the tumor and surrounding tissue, but leave the rest. The amount actually removed depends on the size and location of the tumor. Many women who have early-stage cancers opt for this treatment, as well as those whose cancer is isolated to one spot or whose tumor is less than five centimeters in diameter.

A mastectomy is a surgery where the entire breast is removed, including all breast tissue and sometimes other tissues as well. The two most common types of mastectomies are a simple mastectomy (breast is removed, but lymph nodes and muscle tissues are not) and a double mastectomy (both breasts are removed). A mastectomy might be the best option for a woman who has a larger tumor, is pregnant, has the BRCA mutation, or if she has already had breast-conserving surgery and all of the cancer was not removed.

To choose between the two, it is important to talk to your doctors and your care team about the stage of the cancer and the risks and benefits of both surgical options. The advantage for many breast-conserving surgeries is that a woman keeps her breast, but she will likely also need radiation. With a mastectomy, her entire breast is removed, but she is less likely to also need radiation.

Lymph node surgeries may also be performed to remove lymph nodes under the arm and determine whether the cancer has spread there. This operation can be a part of a surgery to remove breast cancer, or can be separate.

October 20, 2022 by Ellen Miller
For 30+ years, Sue Abkowitz, MD, and Glen Crawford, MD, have volunteered all over the world, and they've taken their kids along too.
Next Post
Back to blog home

Mammograms: what to expect

Getting called back after a mammogram

How to conduct a breast self‑exam